One of the tools I have available to me at work is a Fluke Ti55. It has proven itself as a highly useful predictive, and also a troubleshooting tool. While not certified, I am somewhat familiar with thermography – at least in an industrial setting.

Every once in a while I would look at the pricing for thermal imaging cameras, and they would be outlandishly beyond where I was willing to go. I was blown away by a teardown of the Flir E4, and then subsequent work in the community to tweak the firmware to get more functionality out of the hardware. The upgraded unit provides a high enough resolution image for the price that it was finally a worthwhile (to me) hobby purchase for home.

Lots of information available at http://www.eevblog.com/forum/testgear/flir-e4-thermal-imaging-camera-teardown/msg309194/#msg309194

Communicating to the camera with Windows XP inside a VirtualBox Instance

There were problems trying to work with the firmware because I don’t run any native windows machines at home. I ended up communicating with the camera with a Windows XP instance running inside a VirtualBox VM. There was a nasty rigamarole to get it going that I eventually figured out a procedure for that I don’t have handy anymore. It went something similar to:

For each of the firmware upgrade, and the additional menu modification I did a full power off on the camera, battery pull, then did the above all over again. Being upgraded, I’m leaving it alone now.

The camera itself will only record still images – it will record the ‘thermal’ image (which actually includes the temperature scale and other popups inside the image) and optionally a copy of the visible image from the camera. It would be nice for it to store a pure thermal image like the Ti55 does – but it probably wouldn’t be too hard to do some kind of colour mapping after the fact to change the palette. 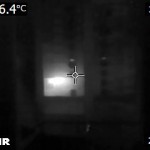 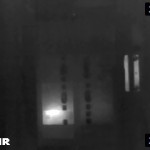 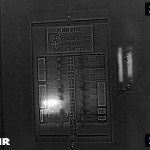 
I thought the one ‘warmer than the rest’ breaker was the one driving the fan in my fan coil 24/7. Had a closer look afterwards, it’s actually the ACFI breaker supplying the bedrooms – one which is actually an office running computers. The GFCI outlet in the bathroom is also showing some heat and it isn’t loaded up. The temperature isn’t hot on these, just warmer than the surroundings, so I’m going to write this off as ‘must be normal’ for now. 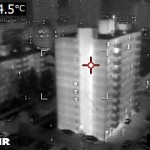 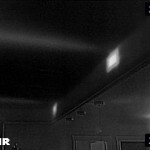 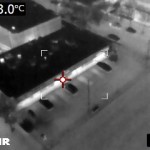 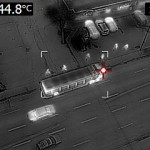 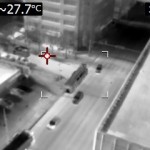 The camera will stream images over USB. To record video on my laptop: